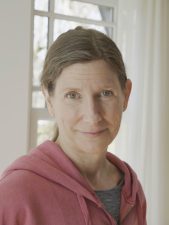 [Image Description: A white woman, with light hair pulled back off her face and wearing a pink shirt, faces the camera. There is a window behind her.]

Born in Venuezuela, Camille grew up in Argentina, Scotland, and Canada. In England, she received a BA (Hons) in English Literature and Theatre at Kent University, an MA (Distinction) in Playwriting from Birmingham University before going on to train extensively in Physical Theatre and Mime, Neutral and Character Mask, Clown and Bouffon.  As a professional  theatre-maker, Camille has collaborated with some of BC’s most adventurous theatre artists and companies such as Theatre Replacement, The Chop, Leaky Heaven, Boca Del Lupo, Rumble, Caravan Farm Theatre and Neworld Theatre. As co-artistic director of Rough House Productions, a multimedia performance company, Camille co-wrote and performed A Last Resort, which was nominated for a Jessie Richardson Theatre award for ‘Outstanding Original Script’; and created Tiny Apocalypse,  which was nominated for six Jessies. As a free-lance instructor, Camille actively draws on her professional theatre practice to inform her teaching practice which, over the past twenty-five years, has led her to work across a range of mainstream, marginalized and at-risk communities in Canada and the UK. She is delighted to be part of the Real Wheels Acting Academy.

[Image Description: A white man with a short beard faces the camera. He wears a blue blazer and button up shirt.]

Shawn is an able-bodied theatre artist and grateful guest on Coast Salish Territory. His theatre career spans 30 years and has included improv comedy, acting, playwriting and directing as well as facilitation and teaching. He is the recipient of five Jessie Richardson Theatre Awards for his work as an actor and playwright and is especially committed to mentorship and emerging talent. Shawn is the program Leader for the LEAP Playwriting Intensive for Young Writers at the Arts Club Theatre and in his former role as Artistic Associate for Green Thumb Theatre was responsible for the facilitation of large-scale devised work by and for teenagers. Shawn was the project facilitator for Wheel Voices Tune In, the most recent community show for Realwheels. He is also a Director on the Executive Board for UBCP/ACTRA. 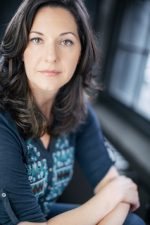 [Image description: A white woman with long wavy dark hair faces the camera. She is seated with her arms folded and is wearing a blue shirt.]

Alison Matthews is an actor, voice artist, and coach. A founding faculty member at the Arts Club Actor’s Intensive Training Program, she was also a faculty member for five years with the Citadel Banff Professional Theatre Program at the Banff Centre for the Arts in Alberta. As Head of Coaching for Vancouver’s Bard on the Beach Shakespeare Festival, she has coached over 40 productions since 2007.

As a voice and speech trainer, she works with academics at the Peter Wall Institute for Advanced Studies at the University of British Columbia, with women at the Vancouver Chapter of The Shoe Project, and with community leaders at Leadership Vancouver Island. For the past twenty years she has adjudicator for competitive speech festivals across Western Canada.

With over two decades of wide-ranging professional acting experience, Alison has numerous film and television credits, including roles on such acclaimed series as The X-Files and Battlestar Galactica, as well as featured roles in films such as Disney’s Snowdogs, and Final Destination 2. She has been in demand as a professional voiceover artist for over twenty-five years.

Alison holds a M.F.A. in Theatre from the University of British Columbia, and an Associate Diploma in Drama & Speech from Trinity College London.

Meet the administrative staff of the Realwheels Acting Academy on our Staff page.