You are here: Home / The Spin / Realwheels presents SEQUENCE, by Arun Lakra

Join us for an intellectually sexy and thought-provoking evening as we present:
SEQUENCE
by Arun Lakra

Is our luck programmed in our genes? Is there an innate ‘right-ness’ to biological outcomes that’s rooted in our fundamental DNA? SEQUENCE is a fast-paced, science thriller that explores the intersection of math, nature, and spirituality.

A professor confronts a student who has defied probability by taking a multiple choice exam only to get every answer wrong. Meanwhile, the “Luckiest Man Alive” – with his uncanny ability to predict the winner of the Super Bowl coin toss for 20 years running – is confronted by a young woman who claims to know his secret. In SEQUENCE, two different paths converge. Belief systems clash, ideas mutate, and order springs from chaos! 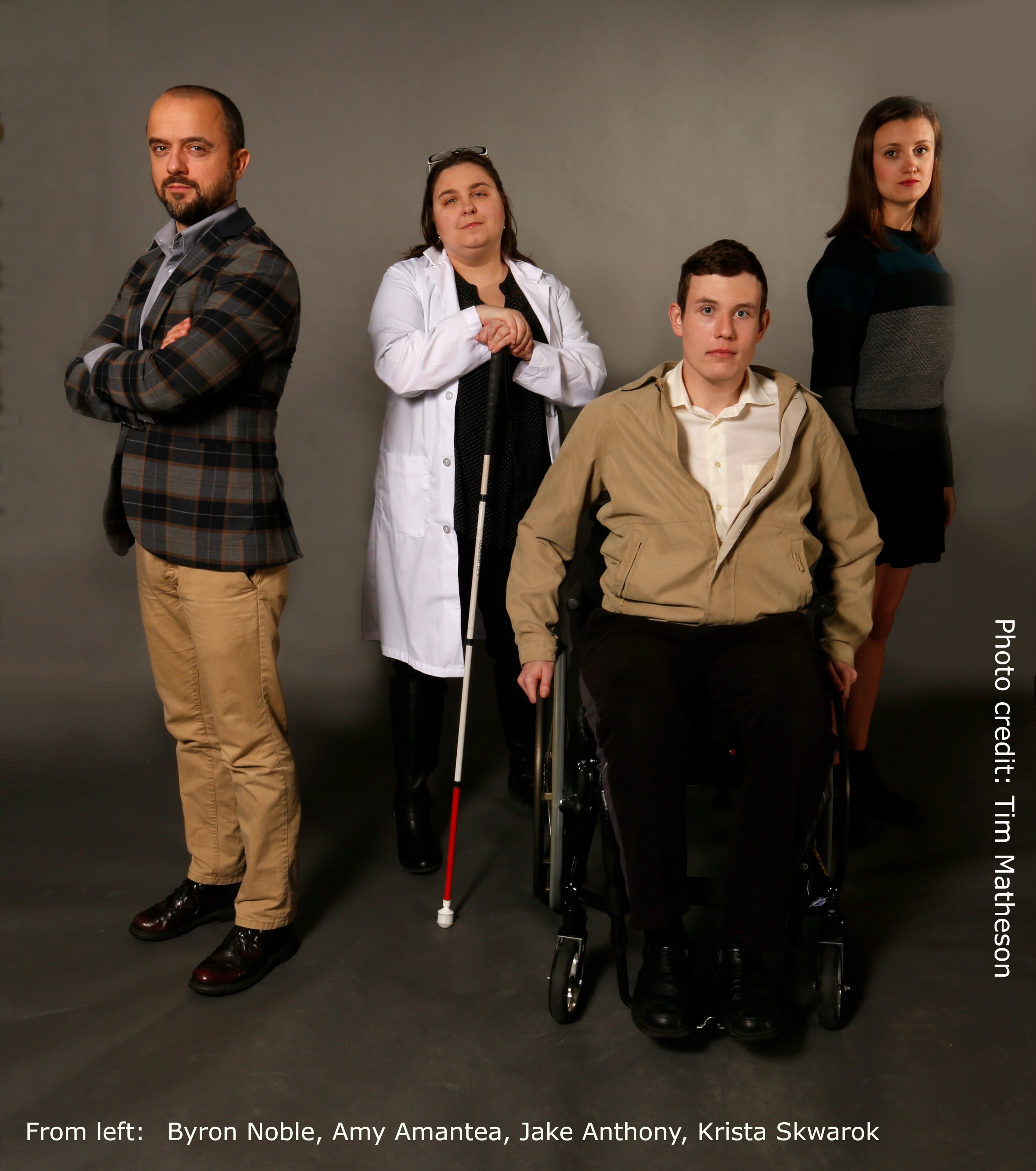 Directed by Rena Cohen and featuring performances by Amy Amantea (Comedy on Wheels), Jake Anthony (Just Watch Me: A Trudeau Rock Musical), Byron Noble (The Foreigner) and Krista Skwarok (Peggy Sawyer in 42ndStreet), SEQUENCE explores questions of determinism versus free will via two stories that interweave like a strand of DNA.

This production of SEQUENCE will be the first-ever to be performed by an integrated cast, giving audiences a rare glimpse into the lived experience of disability.

Share this event with friends!
Visit the SEQUENCE event page