You are here: Home / Our Shows / Shows for Touring / Re-calculating

Re-calculating  is a one-man show that offers a rare glimpse into the lived experience of disability. Featuring Dave Symington, an actor who lives with quadriplegia, Re-calculating  candidly explores the maturation of a middle aged drummer.  Dave’s amazing live drumming is a catalyst for memory, an emotional outlet, and is used to negotiate the central question of identity.

“When you have quadriplegia, getting it on with a stranger is not as much fun as it sounds.” 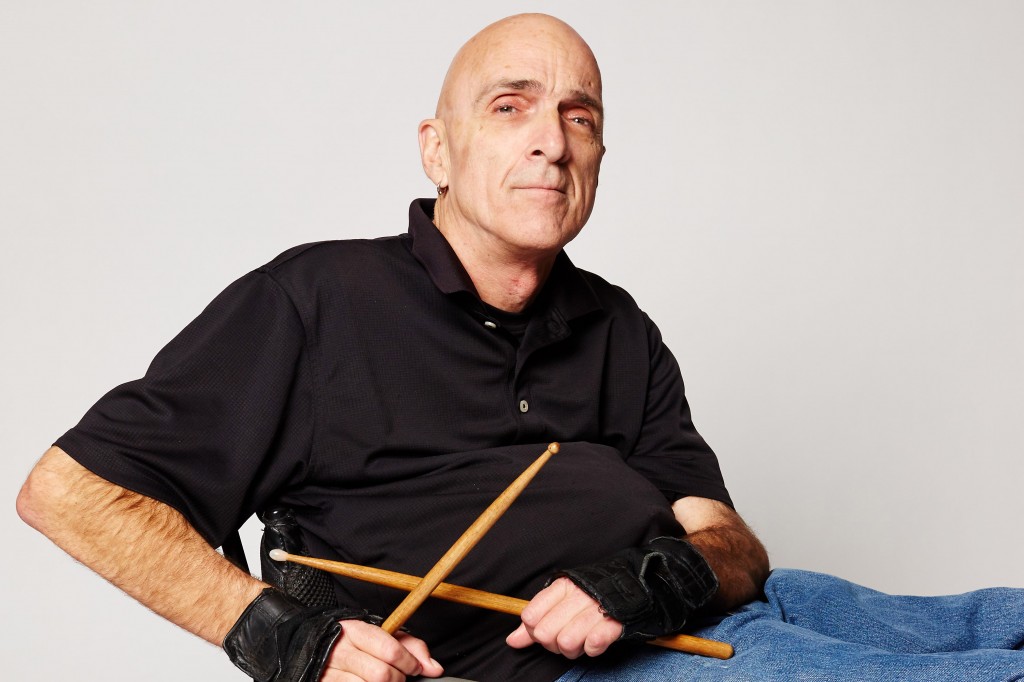 Re-calculating  offers an intimate conversation that challenges our biases around disability. Co-written by Lucas Foss and Liesl Lafferty, and directed by Jeffrey Renn, this show is a rare opportunity to experience a stage character played by a person who has lived with disability for over thirty years.

Here’s what audiences are saying:

“I was totally enraptured by the entire performance”

“Tonight was a cutting edge piece of work that had me confront some of my own fear and ignorance around disability but that also moved, informed and entertained me”

“Re-calculating was a stellar performance that covered more topics, and in more personal depth, than any formal education could”

Genuine, revelatory, and sometimes hilarious, Re-calculating  will have you leaving the theatre doing some ‘re-calculating’ of your own.

Re-calculating  premiered in Vancouver at CBC Studio 700 in January 2015.

The Province – “When life hits, recalculate it”

North Shore News – “See the person before the disability”

Vancouver Presents – “Re-calculating marches to the beat of its drummer”

Vancouver Courier – “The beat goes on”