You are here: Home / Our Shows / Shows for Touring / Creeps

If you were to ask Canadian theatre artists of a generation, “What play, written and produced in the early ’70’s, is recognized for having changed Canadian theatre forever?”, the answer would very likely be David Freeman’s CREEPS.

Freeman was one of the first writers to put his own voice – a Canadian voice – on the stage in the early 70’s.  Freeman lived with cerebral palsy (CP) and wrote CREEPS on a typewriter that he operated with a mouth-held stylus.

Our production – for the first time in this play’s history – was performed by an integrated cast:  Of the seven professional actors, three are actors who live with disability. Realwheels presented David Freeman’s CREEPS at The Cultch Historic Theatre, December 1 – 10, 2016 to glowing reviews from critics and audiences alike. 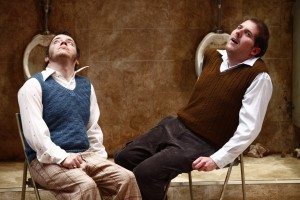 Theatricality is put to excellent use as a catalyst for reflection... - Sarah Higgins, PRISM international 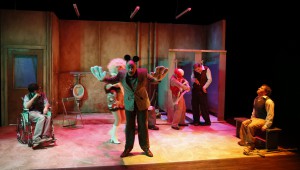 It renewed my faith in the power of theatre. - Audience Member 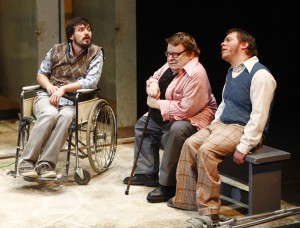 The production had me swept up in the characters’ struggles and on the edge of my seat. - Becca Clarkson, SAD Magazine 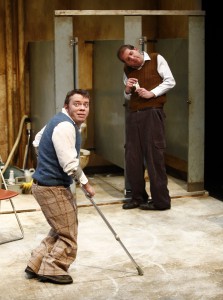 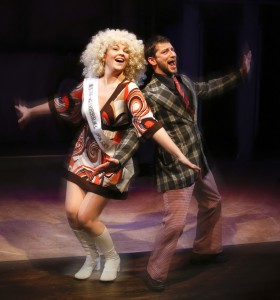 Is CREEPS still relevant or is it a time capsule against which to measure our progress?  Either way, Freeman’s characters are so believably drawn that the universality of their experience – their humour, their frustration, their fury – all rooted in the experience of the oppressed, makes the fundamental struggle of the play heartbreakingly relatable.

Our thanks and appreciation for the courage, talent and dedication of an outstanding company of artists, and to audiences for joining us on this incredible ride!