You are here: Home / Folks & Spokes / Our Staff 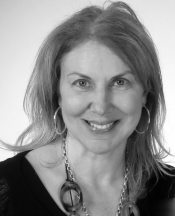 Rena began her career as a theatre director, teacher and critic. She holds an MFA in Theatre (Directing) and has a strong artistic history, as well as a reputation for innovative, strategic arts administration.  Rena is thrilled to combine management with artistic oversight in her leadership role with Realwheels.

Rena remains an active community volunteer.  She is Past President of the largest Reform synagogue on the west coast, for whom she oversaw a successful strategic planning initiative and leadership transition, and where she recently provided leadership on a refugee sponsorship initiative.  She also serves as a speech and presentations coach to select private and corporate clients.

Living with two invisible chronic diseases currently in remission, Rena self-identifies as able-bodied: “I challenge myself to understand and internalize the diverse voices of disability communities, and am committed to authentically reflect a broad range of disability-inclusive values throughout Realwheels’ activity and culture”.

Graduating with a Bachelor of Arts (Hons) in Deaf Studies / Social Policy from the University of Wolverhampton (England), Cadence has spent the past 14 years working in non-profit organizations and post-secondary institutions. Known for focusing on the growth and development of an organization or program, Cadence has held management positions with ArtStart (Edmonton), the Alberta Lung Association, and MacEwan University.

Combining her love of theatre and experience in non-profit management, Cadence transitioned into the arts sector as the Producer for the Deep Freeze Festival (Edmonton), and subsequently worked as the Managing Director of the Freewill Shakespeare Festival (Edmonton) for a number of years. Additionally, she works as a contract theatre technician for Canadian improv companies and as a freelance digital marketer.

Cadence believes in the importance of volunteerism and has previously sat on the board of the YMCA of Fort McMurray, Edmonton Arts Council, and Good Women Dance Collective (Edmonton). Other community involvement has included volunteering with Dublin’s Fringe Festival and Edmonton’s Homeless Connect. 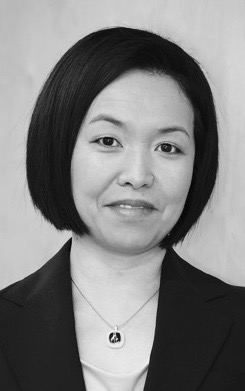 Winnie Tam has dedicated her career to leadership in arts and culture for almost 20 years, which began at Arts Umbrella where she was the Program Manager for Visual Arts and Theatre for several years. Following that, Winnie was the Program Director for the Vancouver chapter of Lifespeak Inc. Subsequently, Winnie founded and directed Artspace, a Burnaby-based arts education centre that nurtured creative and artistic exploration in dance, visual arts and theatre. Most recently, Winnie returned to Arts Umbrella as Manager of Program Operations.

In addition to a Bachelor of Education from University of British Columbia, Winnie holds a Bachelor of Arts in Sociology with a focus on racial and gender equity and social justice. Driven by her interests in supporting emerging and underrepresented artists and arts and cultural organizations, Winnie serves on the board of BC Alliance for Arts + Culture and Awkward Stage Productions and has previously been a board director for New Works. Winnie strives to lend her voice and work to transforming lives and building community through arts and culture, and contributing to the continuing evolution of the creative sector. 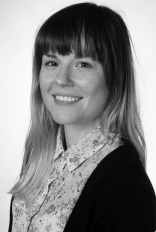 Lindsey Adams has enjoyed growing with the company into the role of Communications Director.

Coming from an administrative background, Lindsey is also a visual artist, who earned her Bachelor of Fine Arts at Simon Fraser University. Having worked in a variety of settings, Lindsey finds that none encompasses her interests as well as her position with Realwheels, where she finds great pleasure in combining her passion for the creative with her administrative talents.

James Sanders is the founding Artistic Director of Realwheels.

In 1998, James graduated as valedictorian earning a Bachelor of Fine Arts in Theatre from Simon Fraser University.

His professional career includes acting, writing, and producing for the stage and screen. Quadriplegic from a spinal cord injury, James is committed to positive and accurate representations of disability in the media. His goal is to represent characters with a disability in stories where issues of disability are not the central source of conflict. His favourite compliment for his acting was when he performed the role of Uncle Ernie in The Who’s musical, Tommy. An audience member asked the director, “Why didn’t James stand up during the curtain call?”

James lives and works in Vancouver with his amazingly supportive wife Barbara and adorable son, Max.